In 1991, the enologist Vangelis Sinadinakis from Archanes of Crete, began to cultivate the family vineyard, several varieties of grapes that provided the raw material for experimentation and vinification in various variants. 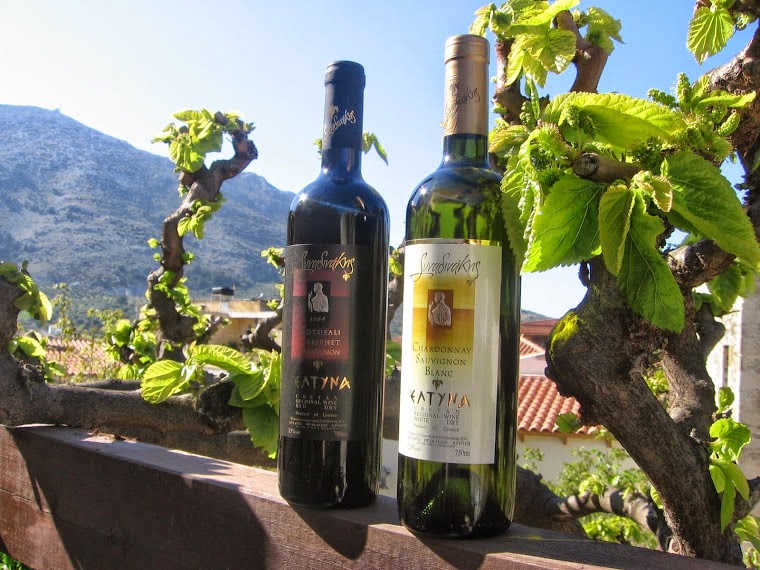 The Compelling Wines of Crete

Crete, accounting for 20% of Greek wine production, is a sleeping giant. While the wine industry elsewhere in Greece has undergone a high profile resurrection, Crete, to the untrained eye, would appear to have missed the boat. Even wine professionals in Greece are quick to assert that Crete lacks quality cultivars. It is true that the wider revolution in the industry never reached Crete in quite the same way as it did on the mainland.
You might assume that centuries of wine making would mean that the wine industry hit its stride a long time ago. But it has only been since 2003 that the wine region on this formerly tumultuous island has achieved even a modicum of interest. To understand why you need to know two very specific events which posed significant roadblocks for the wine industry. The first occurred in the mid 1970s when Phylloxera hit the island and devastated most of the old vineyards. As is often the case however the little louse produced big changes when the vineyards were replanted. The second problem occurred in late 1998. The legislature, in an effort to “promote” and hold on to the indigenous grape varieties, proposed a law allowing for the extensive planting of almost exclusively Vilana, one of Crete’s native white grapes, but also one of its least promising. As stunning as it seems, the law passed and the expansion of vineyards with a multitude of unique grape varieties was hamstrung, and Vilana became over-planted. The law was finally overturned, and the freedom to plant any grapes you want has allowed for, literally, a resurrection of the ancient wine growing traditions on Crete.

That is the bad news. The good news is that, by all indications, Crete's entrance into the premium market will be well worth waiting for. Fortunately, the very dependence of growers on the Arhanes and Peza appellation names resulted in the prompt replanting of the appellation-stipulated varieties (Kotsifali and Mandilaria). A more "advanced" local industry might (as has been the case in other regions at various times) have opted to introduce new varieties for vins de pays production with an eye on capitalizing on the trend towards Western cultivars. That they did not do so excessively speaks partly to the prescience of the creators of the appellations, who clearly understood their value, perhaps remembering a time when aged Arhanes (likely during the era when low-yield cultivation was a naturally foregone conclusion) compared favorably with French and Spanish wines.
Some of the white native to the island including Vidiano, Dafni, and Plyto, and you’ll find Chardonnay, Sauvignon Blanc and the like. As for the reds,  there are some very solid examples of what red wine can achieve. In the Heraklion region, Kotsifali is an indigenous grape but it needs a blending partner to round out the rough edges. Syrah is a good partner I tasted, though there were a few blends using Merlot and Cabernet. “Kotsifali has elements of spicy prunes, leather, cinnamon, small red fruits,” says Nicolas Miliarakis. “It doesn’t have a deep red color (that’s why we blend), but it does have a long after taste, matching very well with tomato and onion sauces, goat and lamb, ingredients that characterize Cretan cuisine,” he says.
The beauty of the bourgeoning Cretan wine industry is that it is tourist friendly and you’ll find wines here you simply cannot find anywhere else. A visit to this island will provide an opportunity to sample what very well might become world-class wines in the making.
Source www.AllAboutGreekWine.com
Αναρτήθηκε από Sinadinakis E. στις 8:17 π.μ.